The highest sound quality at all volume levels, flat frequency response into any load, and stable into the most difficult loads. The Statement M1 is a state-of-the-art monaural amplifier delivering 1,000 watts into 8 ohms and 2,000 watts into 4 ohms or less with THD remaining under 0.1% from 20 Hz to 20 kHz. Designed and engineered in our advanced research center in Ottawa, Canada, the M1 is manufactured in our Toronto facility.

More than just a slim, technologically advanced monaural design, the M1 demonstrates that Class D architecture isn’t fundamentally flawed, it simply hasn’t been implemented well in the past, mainly because it required such a heavy commitment to R&D. We’re fortunate to have the in-house resources to create such a groundbreaking product and one listen will reveal the truly extraordinary nature of this amplifier. 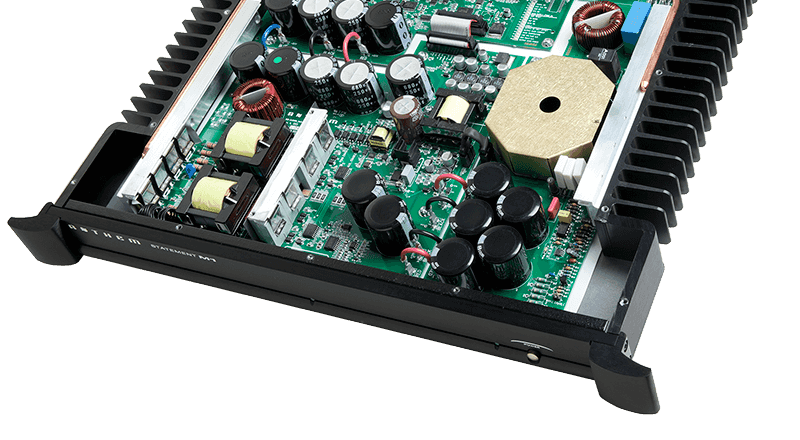 At 4 ohms (which is where high-end speakers hang around) our award-winning Statement P5 amplifier outputs 500W. With 2 kW the M1 outperforms it by 6dB. That’s quite an advantage.

Best Value in the Market

The M1 enjoys all of the attributes of our award-winning Statement Class AB amplifiers but through exclusive Anthem technologies, goes far beyond the current capabilities of Class A, Class AB and prior Class D amplifiers in the market.

The proprietary design employs all of the advantages of a Class D amplifier — high output, high efficiency, compact size — while avoiding the typical Class D limitations such as difficulty driving low-impedance (high-end) speakers, power line contamination, reliability issues and substandard audio quality. The absence of accurate dynamics is so common that it frequently goes unnoticed, but through the M1, music and movies are delivered with breathtaking realism.

The “D” in Class D does not stand for digital. It was simply the fourth type of amp recognized and classified by the IEEE. The first was Class A, the second Class B, the third Class C, etc.

Contrary to the bias that exists among high-end enthusiasts and across the industry in general, the Class D design is not inherently flawed. The truth is that no existing designs have been able to reach the Class D’s inherent potential for performance. It is not the technology that yields fine audio performance but rather the implementation of the technology. At Anthem, we agree that most Class D amplifiers are poor performers. However the M1 uses Class D amplification of a different ilk (see later section on Class D for a full discussion).

The M1 is not a digital amp!

There are no A/D or D/A converters in the signal path. The amplifier’s control system continuously varies the width of the output pulse train in direct relation to the analog input signal. In essence, a side-to-side variation in width is analogous to a signal’s more familiar up-and-down amplitude variation, not at all the same as a digital string of 1s and 0s where all pulses have the same width.

Never judge an amp by its size or its rack space

Amplifiers are often judged by their size and weight, the beefier the better since more power requires a physically heavier, larger amplifier. Or does it? It all depends on the design. When rack-mounted, the 20-kb M1 occupies only one rack space but despite its size can deliver 1,000W into 8 ohms and 2,000W into 4 ohms.

The M1’s cooling system quickly and efficiently moves heat from the interior of the amplifier to exterior heat sinks. Sealed copper pipes within the amp contain a small amount of special fluid held under a vacuum. When the temperature at one end of the pipe rises — the end adjacent to the amplifier’s heat sources — the fluid in that end evaporates. This vapor is then naturally drawn to the cooler end of the pipe, along the heat sink on the side of the amp’s chassis where it condenses. From there a copper wick returns the fluid to the hotter end of the pipe. This heat transfer process is many thousands of times faster and more efficient than cooling through metal heat sinks alone. This system eliminates the need for fans, allowing multiple M1s to be stacked with no danger of overheating. It also means the amplifier is so mechanically quiet it will suit even the quietest listening rooms.

No noise is good news

With an absence of noisy fans and a noise floor well below that of a high-end preamplifier, the M1 is a critical listener’s dream.

The M1 has a very sophisticated load monitoring system. Two 100A Hall-Effect sensors monitor the output current. A Digital Signal Processor, outside the signal path, is used for power sequencing and to monitor various amplifier and power supply functions including line voltage, output current, ground fault detection, temperature and DC voltage at the output.

The M1’s output stage does not interact with the load. A hysteric PID controller which uses past, present and a predicted future to make adjustments keeps the amp load independent. Hundreds of computer simulations were used to test and optimize this system so that it is able to handle all possible loads. This is a significant design achievement. Whether you are running the M1 from a 120V circuit or a 240V circuit, the amplifier will be delivering the highest output possible according to the operating conditions.

Left: Power supply without PFC. Current flows in short bursts and ends up much higher than it needs to be, limiting available power and increasing the chance of tripping a breaker.

Right: Power supply with PFC. The voltage and current waveforms are sinusoidal and in-phase.

Power Factor Correction (PFC) maximizes available power and at the same time reduces (by a large amount!) the noise put on the AC line. Without PFC, the input current can flow and charge the capacitors only during the short moments that voltage is at or very close to its positive or negative peak. Since power is the product of both voltage and current it is produced only when both are present. Power Factor Correction marries the voltage and current cycles enabling continuous output from the power supply through the entire AC cycle. In doing so, the load appears almost purely resistive to the AC source. (See diagrams to right)

The special advantages of bridged mode amplification in the M1

Auto-on-The M1 can be set to power on/off via trigger or by sensing an input signal. After a few minutes with no signal it will turn off automatically.

Why doesn’t the M1’s power cord have a third prong?

A 3-prong cord is prone to ground loops if the system includes other 3-prong equipment or cable/satellite TV. For example: If the preamplifier uses three prongs it is grounded not only through its power cord but also through any non-optical connections to other 3-prong components. This can result in humming or buzzing through the speakers as well as video noise problems. The more elaborate the system, the greater the chance of a ground loop. With 3-prong equipment, balanced XLR interconnection is needed throughout and that type of interconnection is not always possible.

With a 2-prong cord, safety is maintained through either double or reinforced insulation. The next time you see a corded power tool, look for the double-square symbol. It requires more expensive wires on the live side and greater distance between live circuits and isolated circuits and chassis. The distance requirement also applies to spacing inside transformers, making them larger and more expensive. A 2-prong cord also requires a larger line filter because according to safety standards the line-chassis leakage current limit is ten times lower compared to 3-prong. Ironically, a higher leakage current allowance aggravates hum problems in 3-prong systems.

To clear up any final misconceptions, the earth ground provided by the third prong is not meant as a shield, it is a safety measure meant to trip breakers should a chassis become live as a result of coming into contact with a live wire. 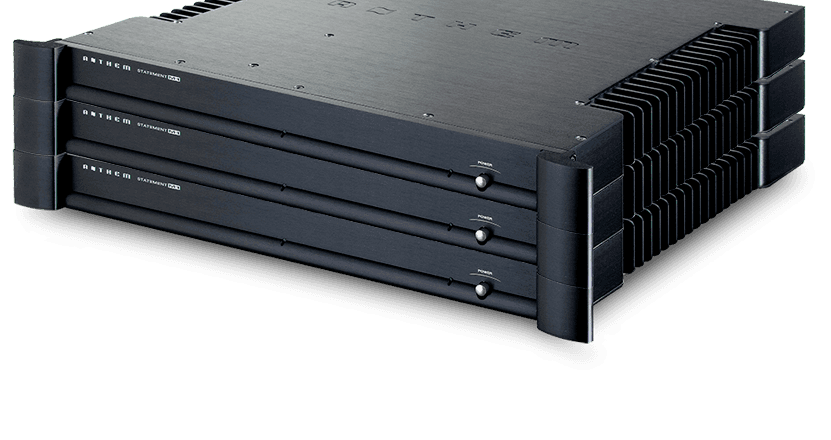