The PE-505 is a phono equalizing amplifier with dual monaural and fully-balanced input/output circuits that support balanced MC input.

The development of the PE-505 was achieved by relying on TEAC’s audio technology expertise, focusing on recording and playback, with the goal of accurately reproducing the original intent of the recording producers. The PE-505 will amplify even very faint audio signals picked up by the cartridge, process them without coloration, and then deliver them faithfully in order to keep the listener as close as possible to the original sound that was played before it was engraved on the master disc.

The high precision RIAA correction circuit, as well as both DECCA and COLUMBIA curves are supported. In addition, selectable load resistance for MC cartridges and load capacity for MM cartridges are present; allowing users to optimize the settings for the type of cartridge used and for the condition of the record.

From the head amplifier to the equalizing amplifier sections to the buffer amplifier section on the final output stage; the PE-505 employs a fully-balanced circuit design throughout all stages that amplifies, equalizes, and maintains signal purity of even the most extremely faint audio signals picked up by a cartridge.
Even unbalanced signal on the conventional RCA input is converted to the differential processing mode right after the input terminals.

As well as the modern RIAA curve, individual curves on monaural records from DECCA and COLUMBIA issued before the RIAA curve was defined in 1955 are also supported.

DEMAG function to refresh the cartridges

With the quick demagnetize function, both magnetized iron cores of MC cartridges and the step-up transformer are demagnetized by playing back a vinyl record for as short as 30 seconds with the DEMAG position. 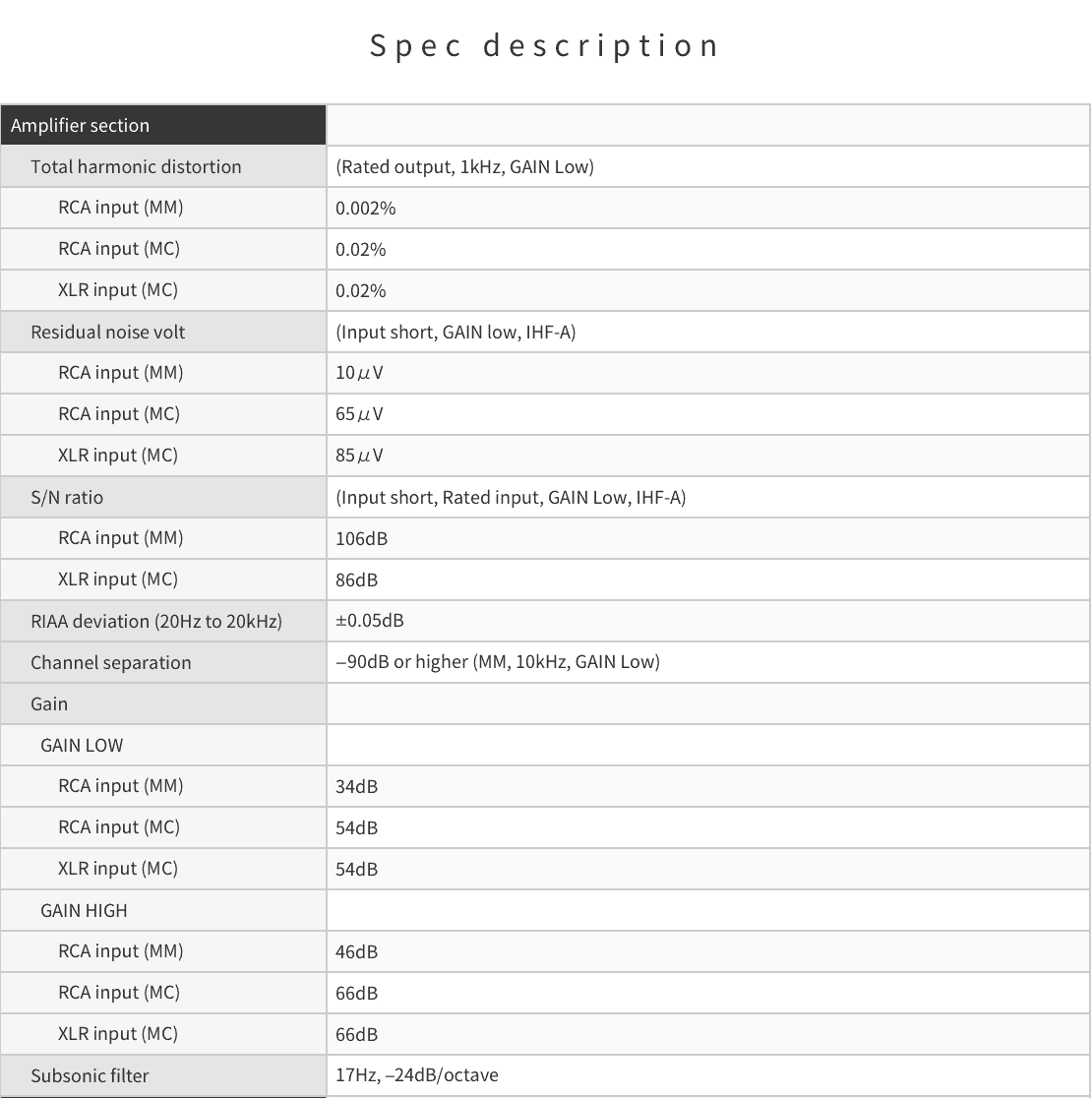 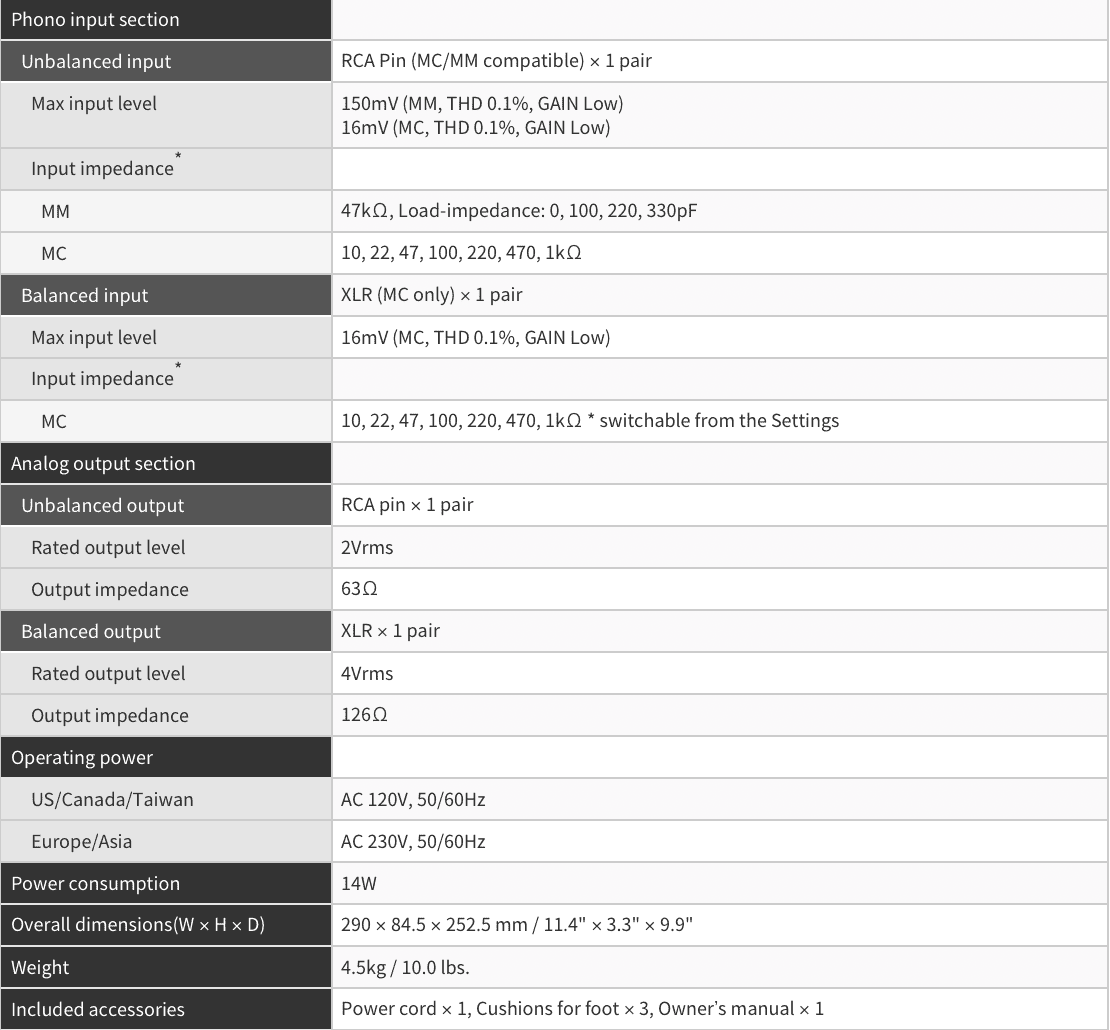