Designed to match, engineered for power. 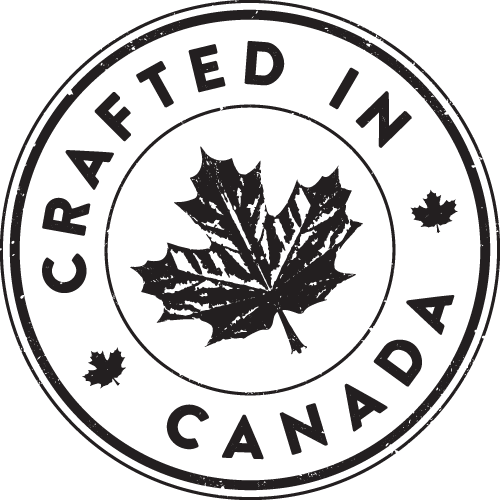 An All New MCA Series

What does it take to improve on perfection? Over 15 years of concentration. The distillation of endless hours of fundamental research. The willingness to rebuild from the ground up. And the focus on a single goal: Leadership through innovation and technology. Introducing the new generation of Anthem MCA Amplifiers, designed, engineered and manufactured in Canada!

The new MCA series greatly reduces the use of internal cabling for a much smoother circuit path for pure, unobstructed audio performance. The use of low-flux toroidal transformers and improved input transistors provide a greater sense of transparency, even with dynamically complex material.

Experience the immense dynamics of up to 600 clean Watts delivered into demanding 2-Ohm loads. Both power supply impedance and internal cabling inductance have been minimized to deliver a clear path for maximum power – even in the most demanding conditions. While previous 5-channel MCA amps used a single power supply for front left and right channels and another power supply of the centre and surround, the new MCA 525 shares its two power supply between all channels. The result is full bursts of power – instantly – without affecting channel separation.

Exclusive ALM™ technology monitors internal temperature, current and voltage to ensure safe and uninterrupted longterm operation, all the while eliminating the need for internal fuses. ALM™ is not in the signal path, so it never gets in the way. Instead, ALM engages instantly, but only in the most extreme circumstances, to protect your amplifier (and speakers) from damage.

This new generation ALM™ lowers the chance of a line fuse blowing during an over-current condition. Should a fault condition arise, unaffected channels continue to play and all-channel operation resumes automatically once conditions are back to normal. The LED on the front panel confirms status at all times.

The new generation of MCA Amplifiers uses of Anthem’s years of experience to “engineer out” common amplifier gremlins. Consequently, we’ve removed output relays, so the signal path has absolutely no moving parts. All parts, including the eight bipolar output transistors per channel, are run conservatively so they remain within their safe operating range. Power-on inrush current has been minimized to reduce line disturbances and stress on internal components. We’ve also upgraded internal connectors and increased mechanical strength.

In addition to the reduced inrush current, these new MCA Amplifiers only use between 1-2W in “standby” mode. As with all Anthem amplifiers, they can be switched on manually, via trigger, or by sensing an input signal. New, larger, more conductive audiophile binding posts have been added to maximize contact and maintain a firm grip on the speaker cable. If you’re in the market for cutting-edge audio component separates, Anthem’s new MCA Amplifiers balance the complex dynamics of today’s most demanding multi-channel media with the rare finesse required to satisfy the audiophile in you. MCA Amps provide an abundance of conservatively rated power into demanding low impedance loads, incredible reliability, and a new design aesthetic that matches our sleek AVM 60 Pre-Amplifier. 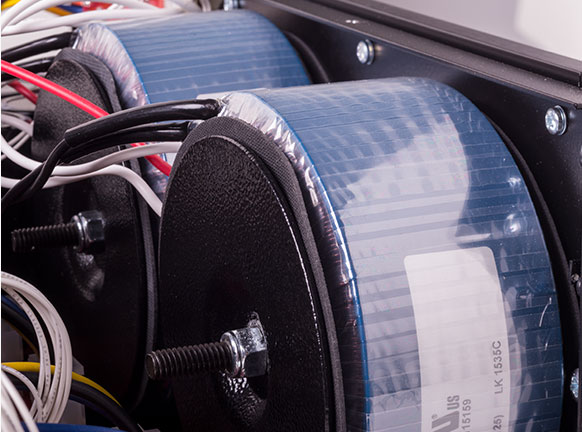 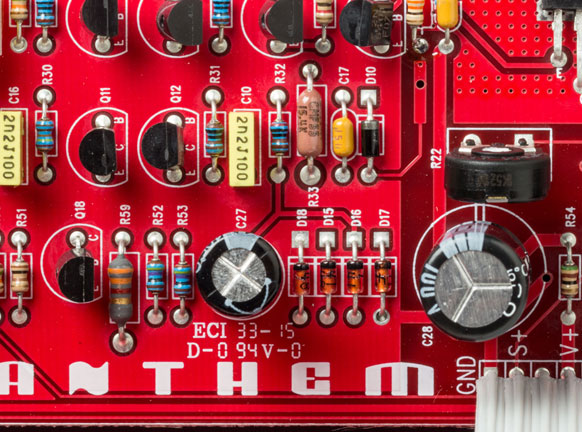 Anthem MCA amplifiers are designed, engineered, and completely Crafted in Canada. We take pride in using only the highest quality components for each one we hand-build. 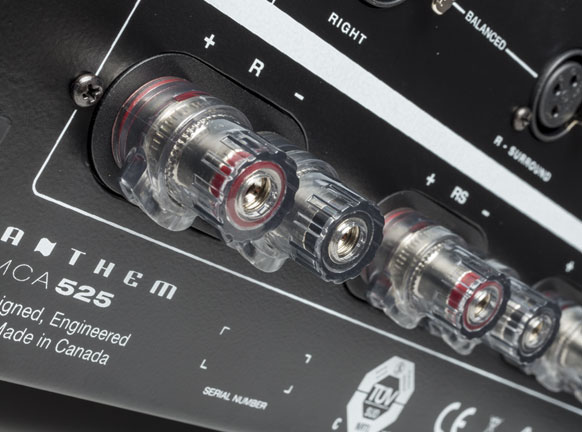 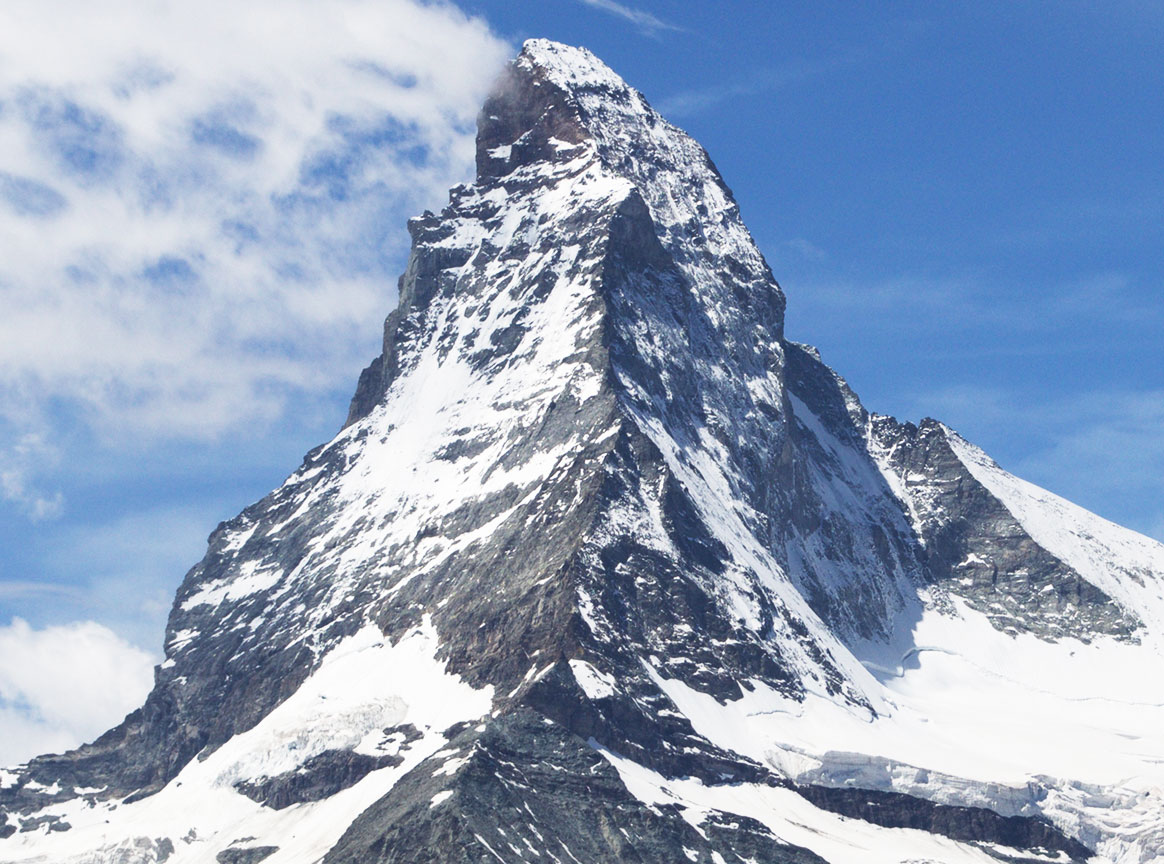 Stable as a Rock

Our amplifiers are incredibly stable into difficult, low-impedance speaker loads, making these superb-sounding dynamos reliable performers in even the toughest circumstances.